In 1963 my grandfather, Wallace B. Dixon, was awarded a patent for a toy camera(1). He was quite proud of this achievement.

A search on Google recreates the text and images presented here. It also lists later patents that referenced my grandfather's, including two from Fisher Price Toys, and one from Mattel, Inc.(2)

The attorney who helped my Grandpa with his patent filing was Richard L. Cannaday. They became lifelong friends. I remember going to visit Mr. Cannaday in his office, and seeing him at my grandparents' home. He was a very nice man. I think he was responsible for Gramps getting an annual holiday delivery of giant Hersey chocolate bars, and other treats.

My grandfather did some work for Mr. Cannaday, restoring and repairing antique firearms. It gave him an excuse to buy a lathe for his basement workshop.  Mr. Cannaday also had Gramps help out with other patent work. He built a model of an apparatus for "rocking a human being," a patent later granted to Mary V. Neal. (3) [My baby doll stood in for the person in the scale model.]

The camera patent was never sold, and the toy was never produced. But I think my grandfather was satisfied with his achievment.

You can click on any image here, as well as the one above, to enlarge it. 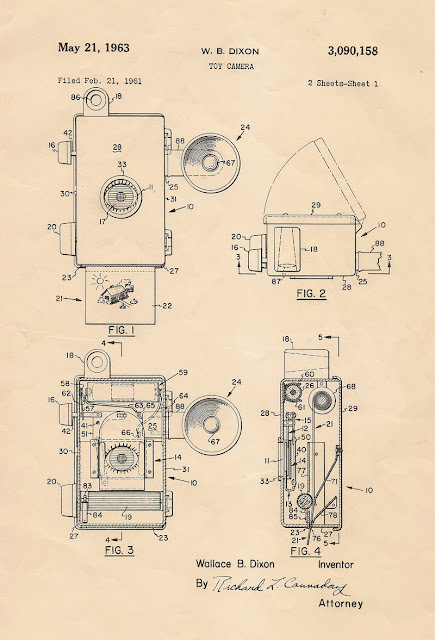 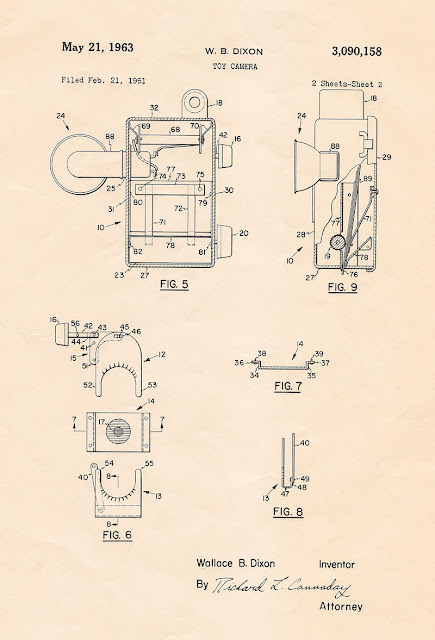 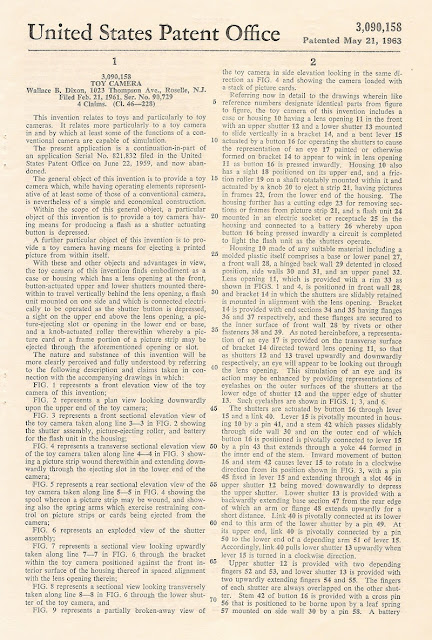 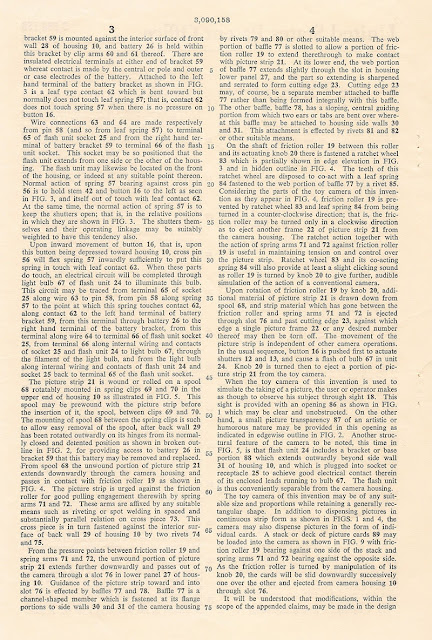 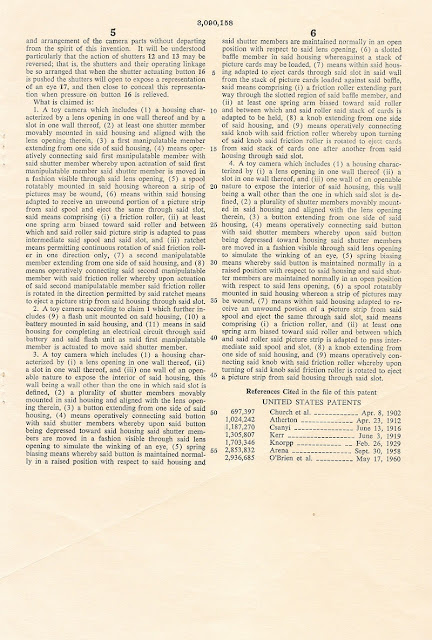